Map Poetry on the Texas Plains 1816 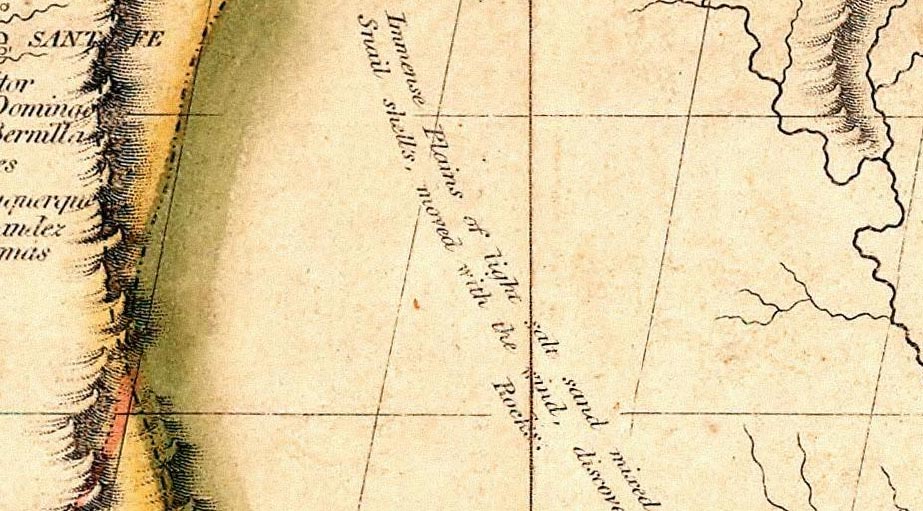 This two line notation describing the west Texas plains on John Melish's 1816 Map of the United States is unlike any other notation we have seen on a map - it is almost poetry: "Immense Plains of light salt sand mixed with fragments of Snail shells, moved with the wind, discovering peaks of Volcanic Rocks"

I came across a very similar map from 1818 on the Library of Congress website and, as a resident of Houston, was a bit shocked. I thought the map was just a fluke, but the same issue presents here. Why, in 1816, does it appear that the Louisiana Purchase included land to Rio Bravo/Rio Grande? My recollection of history is that Moses Austin knowingly entered into Mexican territory as an immigrant. Did some at this time believe they were entering into Louisiana Purchase territory when crossing into Texas? #