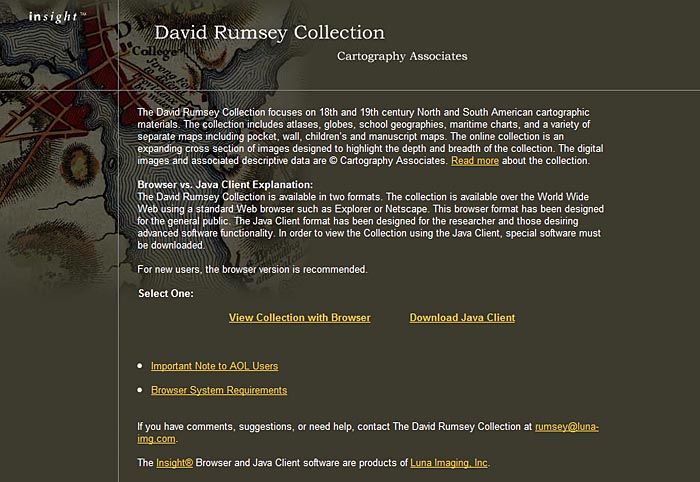 The first home page of the David Rumsey Map Collection as it appeared on March 15, 2000

On March 15, 2000, the David Rumsey Map Collection opened its online library website for the first time.  With just over 2,000 images, the online collection represented a cross section of the larger physical map collection and included charts, globes, atlases, pocket maps, exploration books, wall maps, and geographies.  It had two viewers, the Insight Java Client - a downloaded desktop application - and the Insight Browser which ran in a browser window with no download.  Users found the site through Web search engines and several articles that appeared in the first month of operation - the site was chosen as Yahoo Pick of the Week (which brought over 10,000 visitors a day and nearly crashed the site) and it appeared in Wired Magazine, and D-Lib Magazine.